Many know his name. Few understand his importance. But we’ll all benefit from the legacy.

It is not so much an internet of things, as an internet of everything. Education. Transaction. Community. Entertainment. Our lives are mostly lived in view of a luminescent screen and despite having the opportunity to access nearly anything about everything, we remain starkly unaware of important things. In mountain biking, that thing is a tall chap from Pietermaritzburg.

Greg Minnaar. Where many impossibly talented riders, with years of excruciating dedication, are unable to ever achieve but one UCI downhill racing victory, Greg has 20 and more podiums than South Africa has quality Super Rugby players. His performance at the weekend’s Fort William event, a venue known for its brutality of weather and shattering fatigue features, was stupefying.

As the winds gathered and rain pelted, Minnaar rolled onto a course which is steeped in downhill racing legend, at the worst possible time of the afternoon. Four minutes and forty seconds later, he had done the impossible. Of course, for Minnaar, achieving the impossible is always probable. Commencing a run in the vilest of deteriorating track conditions, Minnaar managed to best his closest rival by three seconds – which in Downhill racing, as it is in F1, calculates to a crushing margin of superiority.

Charming. Affable. Outrageously talented. Minnaar the impeccably presented race winner and champion might be all these things, but his has also been a career dogged by career threatening injuries and immense sacrifice, yet never contaminated by self-pity. The only blight on Minnaar’s incomparable palmarès has been its lack of local recognition.

Sure. There would have been a few South African lounges where the local faithful gathered on Sunday, in anticipation, to witness the umpteenth mission impossible of this mountain biking colossus. Those loyal few unquestionably had pets and family members spectacularly entertained with their antics when Minnaar delivered the latest of his almost uncannily regular ‘against-all-odds’ victories.

His longevity and strike rate make a mockery of the intensity and risk profile of downhill racing, yet for most South African mountain bikers, Minnaar is just that, a legend in its truest sense: more myth than man. No Santa Cruz pun intended, but for nearly two decades Minnaar has been a nomad, shaping his schedule to the demands of being the world’s best downhill mountain biker, which has meant mere weeks, instead of months, in South Africa each year.

That he retires to his hometown, the capital of KZN, has furthered the myth. Living his limited South African schedule away from the cycling epicentres of Johannesburg and Cape Town, mean encounters with Minnaar have been fleeting for a few, unlikely for most. He is both ghost and greatness, all at the same time.

A champion of lesser maturity would have been embittered by the lack of official recognition from South African authorities and the cycling public at large. Yet despite having left South Africa as a teenager, with precious little local support, Minnaar has been one of the very best sports ambassadors South Africa has ever had. Presentable. Untainted. Minnaar has carried an agency of credibility to all things South African cycling in a racing career which has been more global than any other.

Minnaar remains, almost embarrassingly, the greatest investment South African mountain biking has ever had, without having made any real investment. He is a national treasure. Victories on all three wheel sizes, on bikes with gearboxes… The quality and quantity of his wins are beyond reproach.

When Minnaar does officially retire, quantifying the value of what he has done for the image of South African cycling will be incalculable. One does hope, perhaps, for a statue in bronze, nestled in Cascades forest. But if they don’t do that, renaming Pietermaritzburg airport after him would be great, although the greatest mountain biker of all time prefers to do his own flying, piloting a handlebar instead of a yoke.

What a legend, that performance in the rain was just something else! This man is undoubtedly the GOAT when it comes to mtb, dare I say even better than N1NO? What many don't realise is that Greg is an all rounder - not just a DH! The fact that he can conquer races like the Epic is probably why is can lay down the hammer when all the other guys are tired.

Well done, and hopefully we see a few more wins from him this year!

What a machine, its so true that he isnt even recognised in SA and that is just plain sad.

I asked one of the guys in my office this morning(he is a roadie) what he though about the win and he didnt even know who Greg was!! this is from someone with a cycling background.

Awesome writing!  Well done on taking the time to penning what many of us feel...

Nevermind Epic... he regularly canes the track cyclists on the track and the roadies on morning training rides!

yes, yes....we want the bronze statue at the cascades mtb park. Right there next to the Burry Stander memorial....

kiff writeup. He does not get the recognition he deserves, BUT I don't think he actually really goes looking for it!

Sure it's a marginal sport, but the you can compare to someone like Ryan Sandes who has managed to craft an image from decent but selective performances to see what's possible.

How's this  - the evolution of DH bikes he's lived and raced through. 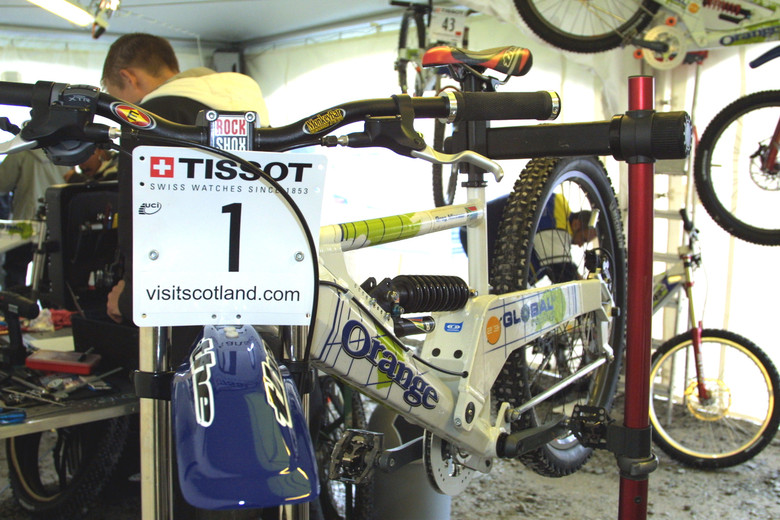 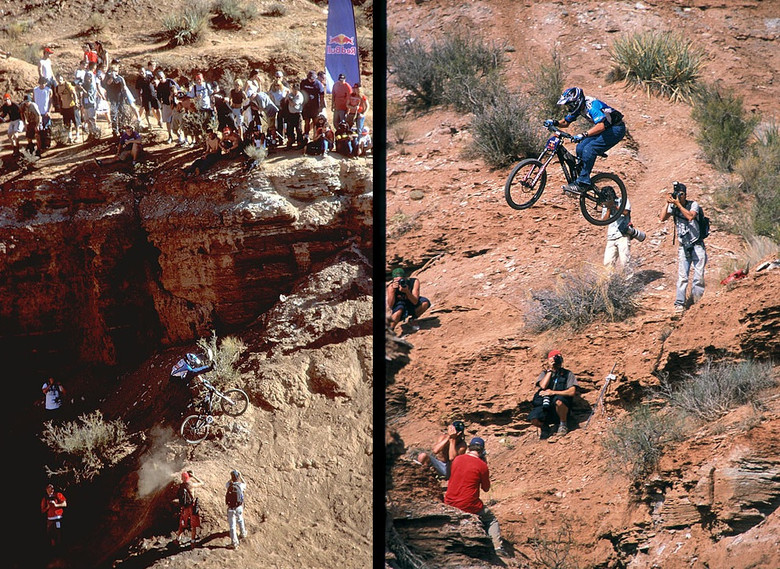 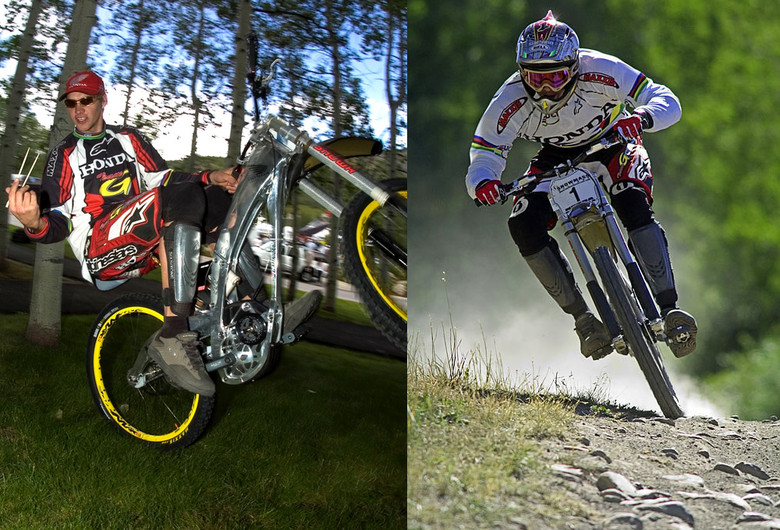 ok, will go park my mancrush for now then!

Up there with Gary Player as SA's finest sporting export

Up there with Gary Player as SA's finest sporting export

except gary is a knob

...and on Shimano brakes nogals

He is a legend. As long as the sport is not main stream he will not get the recognition he deserves. Example Brad Binder, main stream sport.

There are many other sports like this were SA is on top but no one knows.

My hat goes off to all of them.

except gary is a knob

keep filling that trophy case and making us

Also always have an SA flag when on the podium. This guy is a true sports superstar!

He is a legend.

Finally, someone I can show my kids and say "See, that is what being the best AND having a head on your shoulders looks like".

And as if the 29er is not top of the pops already his anointing the format for DH will place it up there. SA Pride.

still the only UCI licensed rider to earn UCI points across three different cycling disciplines in a single weekend....?

Jarrraaa, but Gwin looks MIFF on that podium South African Mayenzeke Shweni, new champion of the traditional blade shearing, at the Golden. This guy and Greg are my heroes.

He pinned that run in such terrible conditions!

Myles can you hear me?