Kicking off the first North American round of the 2015 Enduro World Series, Crested Butte Colorado is perhaps the perfect venue, and certainly the epitome of mountain biking. With a population a little shy of 1500 people, the former coal mining town that is often referred to as the "last great Colorado ski town", is an absolute gem. Magnificent scenery and expanses spread out in every direction showcasing some of Colorado's most incredible visual offerings.

At 3017m above sea level, the "base camp" for the week is not exactly what you would call oxygen rich, and for this reason the race organisers suggested riders arrive a day early to acclimatise. The schedule for the week is registration and a single day of practice on Thursday, followed by racing on Friday, Saturday and Sunday.

The first two days take riders out on an "alpine adventure" with predicted distances of approx. 45km per day, and a vertical gain / drop of 2500m. The third day will see riders tackling the bike park for shorter and more technical stages, with an estimated distance of 20km and a vertical gain / drop of 1200m. Each of these days will contain two "special" stages where riders are timed over a section of technically challenging trail. Sandwiched between these timed stages are the liaison sections where the riders make their way to the start of the special stage. Though the liaison sections are not timed, riders are given a start time for each of their special stages, and penalties are handed out if they are not at the start for their scheduled slot. Given the terrain, vertical elevation, altitude, and likelihood of mechanical problems, riders need to maintain a brisk pace to get to the start on time.

Headed out from Eagle Colorado to Crested Butte for the North American round of the Enduro World Series. The four hour drive will take us through some historic mine towns, and over some epic mountain passes.
With each of the EWS venues outlining their own rules regarding practice, Crested Butte has put forward a completely different set of rules, some of which have caused a large deal of ruckus. The schedule for the event had only a single designated day of practice [Thursday], which was to lay out only two of the six total special stages.

This would mean that the riders would be riding 60% of the race completely blind, something which provides a unique set of challenges on its own. Over the past two weeks however it has become quite apparent that a large number of the professional riders and teams have been in the area "exploring" the local trails. With forums alight with angry participants and opinionated people on either side of the topic, its been a bit of a nightmare for the organisers to come to terms with, and this has been extremely apparent by their change in stance: as of this morning, an additional day of practice was allowed [today, Wednesday], affording riders who arrived early to get an opportunity to get more riding on the designated race courses.

Having arrived in Crested Butte around lunch time after an epic drive from Vail Colorado, it was some time before I was able to get out on the bike and sample some of the local trails. With today being the only day that the bike park would be open, it seemed to make sense to head up the gondola and come to terms with the terrain. Not know which trails we would be racing on Sunday, the logical approach [in my mind] was to tackle the most challenging trails first, working towards the easier, less demanding routes. Thanks to long summer days, my 4:30pm start still allowed for two full hours or riding, and more than enough time to relegate my arms, hands and legs to a point of retirement.

Under tyre the ground here in Colorado is rather similar to Cape Town and its surroundings with small marble sized stones covering hardpack dirt, and the semi frequent rock / boulder outcrop thrown in just to make sure you're wide awake. What is not too familiar however is the gradient of the trails which you notice immediately as you set off from the trailhead; the acceleration is rapid, and with the additional momentum and carrying speed a change in riding style is required - due the steeper terrain the need to brake earlier into turns is imperative to maintaining good control and exit speed.

The technicality of the trails in the bike park vary, and the trails are obviously graded accordingly. For the most part, I found this to be very much in line with what we would expect from some of our more technical trails across South Africa, but this did see me having to stop at a number of sections to take a second [and third...] look. One particular thing that I can comment on is that due to the higher speeds you carry as a result of the steep grade, things such as ruts and braking bumps are no joke, and these will obviously develop further through the course of the weekend.

Tomorrow [Thursday] will see the release of a course map and opening up of two stages for riders to practice. With a probable 40km round trip, and some 2000m of climbing, it certainly won't be possible to do multiple practice runs, but it should be sufficient to get a good feel for what we should expect on the first two days of racing. From what I've been told: fast, wide open, wild, bench-cut singletrack, with winning times for each of the four alpine stages estimated to be around 12 - 15min. Not having seen any of the bigger name pro riders around town as yet, I will be keeping my eyes wide open, and will certainly be making a stop past the pit area to report back with some details on bike setup, new products, tips, tricks etc, and of course a bike check or two if I can keep the riders still for long enough.

One Race to Rule them all. EWC and SA Enduro Champs, Jonkershoek.

Why EWC reckon enduro racing is for you

Loving this. Keep them coming.

After a 10km, 800m vertical hike-a-bike I found this Australian, @jaredgravesmtb playing in the mud. This pic certainty doesn't do this section justice: super fast run in leading to a boggy riverbed with a punchy 20m climb out. Carrying speed and line choice is key here, but starting in reverse order means the top pros will be coming through this after 300+ riders!
First day of Crested Butte in the bag. 52km, 1800m vertical on some of the steepest, rockiest climbs I've ever done. The 3500m elevation up here is BRUTAL! 33min of race time over two stages. Very fun and challenging trying to ride fast, technical trails blind. Happy with the day overall, no crashes or mechanicals.
Got some pit shots from the @world_enduro in Crested Butte. Take a look on @thehubsa a little later for the lowdown. #instagramtakeover #enduroworldseries 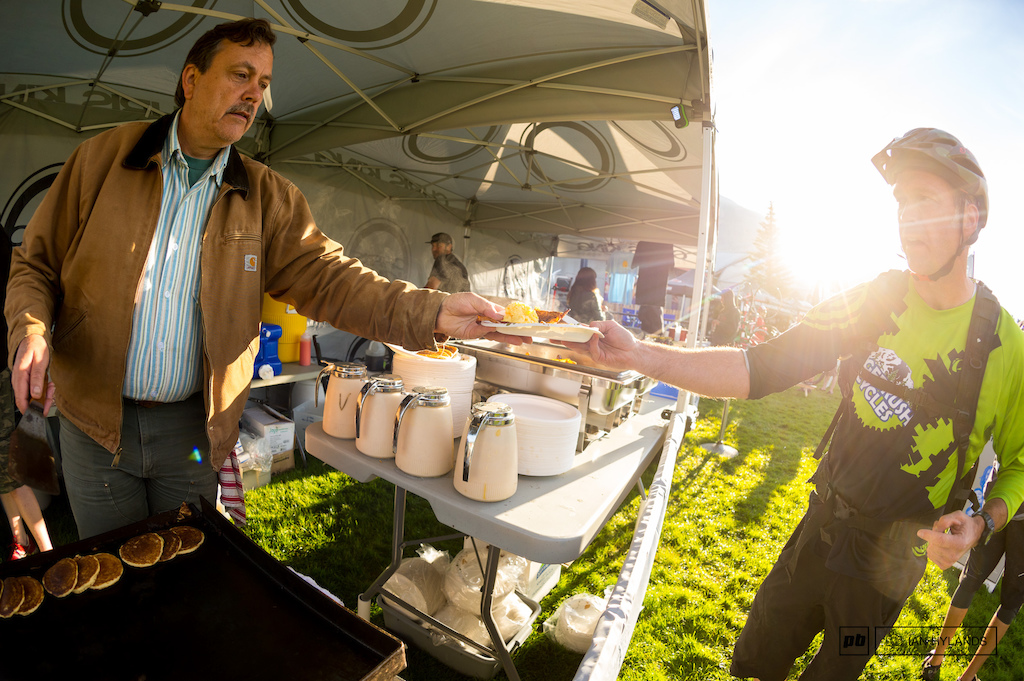 Not only do Chris King make some amazing components, but Chris King himself is at the event making breakfast for everyone. Pancakes, eggs and bacon for the win! 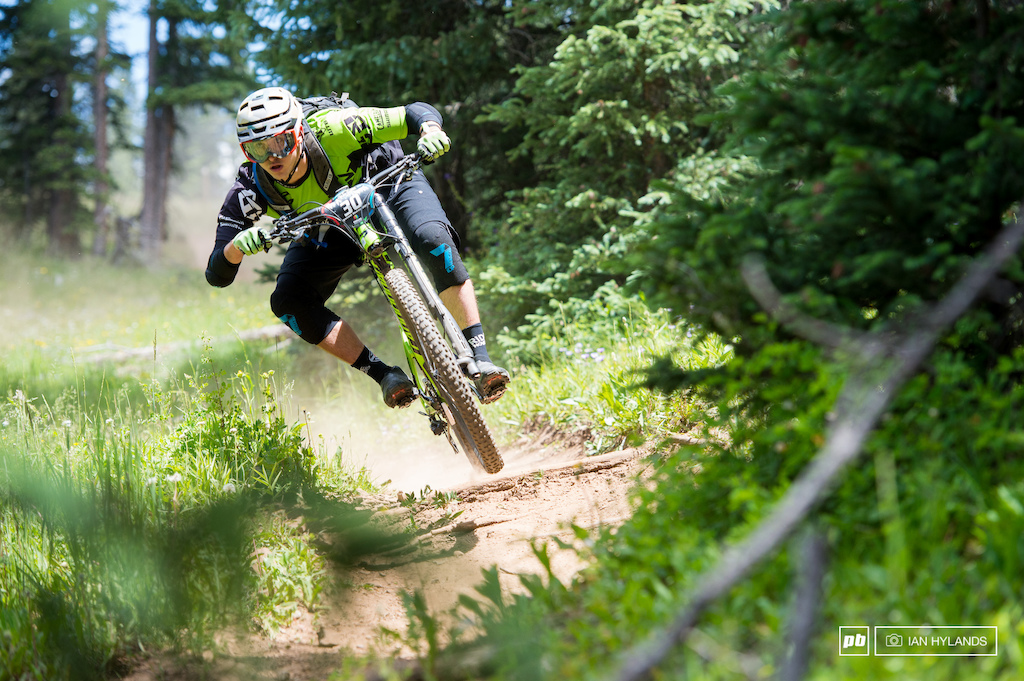