The Ascent 1.0 is a lightweight, high-performance do-it-all road bike from locally based direct-to-consumer brand Cabal. After the recent launch of their road bike and carbon wheelset range, we were keen to test out the offering.

The Ascent 1.0 or AC01 is intended to be an all-purpose race bike with complete builds starting from R 34 500 to R 46 900 for the top end model we tested which features SRAM Force groupset and a Cabal CRC40 carbon wheelset.

As the name suggests, the Ascent 1.0 is Cabal’s lightweight climber which still sports some aero touches and a race oriented geometry. It’s a good looking frame which features a very neat integrated seat post clamp and integrated cable routing. The Ascent’s paint job has a simple, classy look with a single, refreshingly subtle tone-on-tone logo on the down tube. Not visible from the side profile, Cabal’s signature colour strip lines the top and down tubes, fading through blue, green, and yellow.

The frame is constructed using super stiff T1000 carbon fibre from Japan-based Toray: a leading carbon supplier to the bike industry. The frame is formed using EPS (Expandable Polystyrene System) technology, now somewhat of a staple in frame construction among top manufacturers. In short, the technology ensures a lighter, stronger, and stiffer end product with better consistency and a finish on the inside which is almost as smooth as the outside of the frame.

The Ascent is equipped with a complete SRAM Force groupset, the second tier road groupset from SRAM which is comparable with the likes of Ultegra or Potenza from Shimano and Campagnolo respectively. Force offers an excellent balance of performance, weight and price and is a smart choice on what is intended to be a high-performance race bike at an aggressive price point. If you’re not familiar with SRAM’s double tap shifting, it may take a ride or two to get acquainted with, but the shift action is smooth and precise with close on zero noise from the drivetrain.

In this specification, the Ascent features Cabal’s CRC40 40mm carbon clinchers laced to Cabal branded cartridge bearing alloy hubs (manufactured by Powerway). At 1560 grams for the wheelset, it is reasonably light and the rims are tubeless compatible (with appropriate tyres and sealant). The basalt braking surface is said to withstand high temperatures while maintaining performance. Out in the wild, the braking performance was in-line with what I’ve experienced with other carbon, rim brake wheelsets. The wheels are wrapped in Schwalbe Durano Raceguard 25C rubber which offers a good balance of durability and performance. With several hundred kilometers covered in testing, I didn’t suffer a single puncture and attracted scepticism from my colleagues, because the tyres still looked new!

The cockpit is decked out with Zipp Service Course componentry with an alloy bar and stem combo. The Zipp Service Course Ergo 70 handlebar was impressively comfortable in and out of the drops. The bars are designed with a short reach to give quick access to the brake levers and feature an ovalized section either side of the stem which made for a super comfy perch. Cabal offer custom options to select your desired handlebar width and stem length when ordering. The Zipp components are a nice, quality touch where you typically see lower end house brand items rounding out a price competitive build.

A Fabric Scoop saddle is mounted atop a Cabal CF 27.2mm carbon seat post. Although I struggled to find the perfect angle, I found the Scoop suitably comfortably, especially considering that my first proper ride on the Cabal was the 202km Coronation Double Century. The Cabal CF seat post features a wedge style single bolt seat clamp which allows infinite angle adjustment. With all similar designs on carbon posts, I’ve been nervous to overtighten the clamp and put too much stress on the carbon shell: resulting in a slippery seat. Cabal’s maximum torque recommendation for the seat bolts is 8N·m and once appropriately tightened the seat was secure.

Cabal offer a two-year warranty on the frame, wheels, and non wearing components. The warranty will also extend to a second owner from the date of the initial purchase (provided original proof of purchase is on hand).

Let’s be open about open moulds

Cabal are upfront about their frames being the product of “open moulds”, but unless you’re a regular in the depths of bike forums, you may not know what this all means.

While the technically correct term is an “open design”, this simply refers to the non-proprietary nature of the mould in that any manufacturer can effectively rent the mould to produce frames thereby forgoing the expensive tooling costs involved with creating a private mould.

Not all frames originating from open moulds are made equal though. The grade of carbon fibre, resins, and the manufacturing process followed have a critical impact on the quality of the end product. If you have the appetite you could source an unbranded frame from the same mould yourself, however, be prepared to assume the risks of the many unknowns of quality, delivery, and backup service in what can be a bit of a minefield of cowboyish producers.

In Cabal’s case, they’ve spent time face to face with suppliers and visiting factories, observing manufacturing processes and materials to settle on a manufacturer they were prepared to put their name behind.

As part of the purchase of any of their bikes Cabal offer a complementary basic bike fit in Cape Town or Johannesburg to ensure your bike fits just right. It’s a great way to address what can be a daunting online purchase if you’re not au fait with your numbers and frame geometry charts. If you are in one of the major centres they encourage you to first visit one of their bike fitters who’ll assess the appropriate sizing for you and they’ll build the bike up accordingly to be shipped to you. Out of the box, your Cabal will simply need the handlebars to be bolted onto the stem and wheels fitted before you’re ready to go.

The Ascent arrived at our office in the week leading up to the Coronation Double Century which left time for only a brief tune up ride on the Thursday prior to heading to Swellendam for the event. First impressions on the Cabal were good. It was stiff and responsive and, thankfully, my eyeballed sizing was spot on.

Nothing like jumping in the deep end with a 202 kilometer first ride to kick off the testing. Although the average pace of my very social team wasn’t a true test of the Ascent’s capabilities, the ride offered numerous opportunities to test out key aspects of the bike. Heading into the first climbs, the stiffness of the frame and wheelset was evident. The bike climbs confidently, with a light, nimble feel and little-to-no flex. In the multiple hill sessions and peninsula rides since, I’ve been continually impressed by the Ascent’s performance when the road tilts up which also happens to be my happy place on a bike.

On the downhills, I was initially tentative while the brake pads ran in and I became more at home on the bike. Soon though I was seeking out racing lines and late braking into corners. As with most carbon braking surfaces, there is a bit a performance sacrifice but for the all-round benefits carbon rims offer in responsiveness it’s a tradeoff I can live with.

On the open road, there was very little road buzz, although the stiffness of the frame and carbon wheels does make for a firm ride with definite feedback from bumps in the road. It’s nothing unique to the Cabal as most high-end race focussed road bikes I’ve tested have shown similar qualities. Again, there is a tradeoff between frame stiffness and the smoothness of ride which at this end of the performance spectrum tends to favour the former.

The Cabal Ascent 1.0 delivers on the brand’s promise of a high performance, high quality road bike at a great price. The ride quality was impressive and, dare I say it, was on-par with high end offerings from top brands sold at a two times multiple. The real proof will lie in the brand’s support over the longer term as they scale but if Cabal’s journey to-date is anything to go by, I’d be confident to bet on solid backup service, should you ever need it. 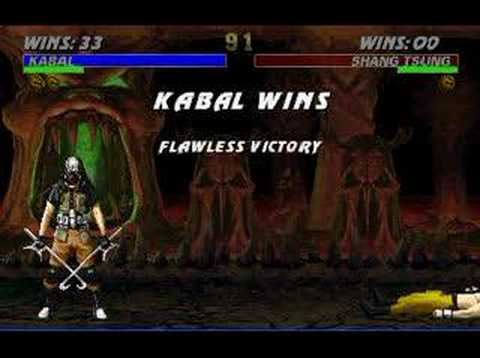 On the initial article someone mentioned they are riding the TT bike, perhaps they have more feedback since then:

I went past this bike going up Op die Tradouw.  It caught my eye which is interesting considering the amount of bikes there.  I was going to say something to the rider, but I couldn't breathe...

@finallygotabike I’ve ridden the TT bike. I was the first test pilot and had the bike fo 3 weeks. I’ve ridden many top end bike for Over 30 years of racing and I can say this TT bike ranks up with the best top end bikes at a fraction of the price and worth every penny.
I have an official review which i will post during the next few days

Anyone got some more feedback on the CRC40's?