Two nerds are riding along on a tandem, when suddenly, the one on the front slams on the brakes, gets off and starts letting air out of the tires.

The one on the back says: "HEY! What are you doing that for!?"

The first nerd says, "My seat was too high and was hurting my butt. I wanted to lower it a bit."

So the one in the back has had enough. He jumps off, loosens his own seat and spins it round to face the other direction.

Now it's the first guy's turn to wonder what's going on. "What are you doing?" he asks his friend.

"Look mate," says the rider in the back, "if you're going to do stupid stuff like that, I'm going home!!"

A tandem rider is stopped by a police car.

"Perhaps you didn't notice sir, but your wife fell off your bike half a mile back . . ."

"Learn to ride a bicycle. You will not regret it if you live."

Check out the funny bottle holder on this bike

For everyone who ever got chased by a  nasty pooch! 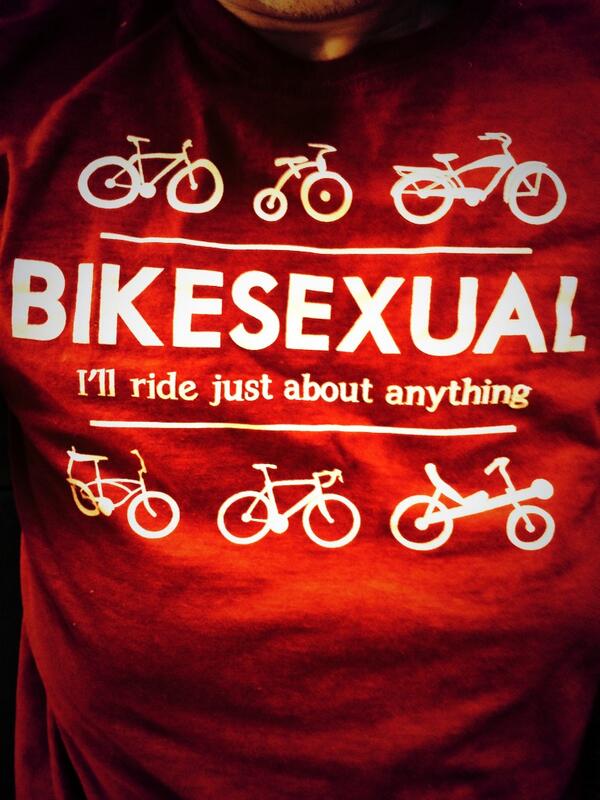 Can you tell that I'm not working today?????

We have galeforce outside, so I'm not cycling either! This one is very true for me...